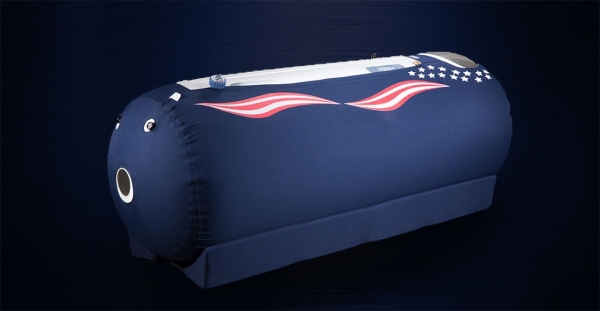 The Healing Power of a Denver Hyperbaric Chamber

Approximately 50% of Americans took a prescription drug in the last 30 days according to the CDC. Valued at nearly $400 billion dollars, it’s no secret that the pharmaceutical drug industry is taking advantage of all-time high prescription drug use. As healthcare professionals and researchers continue to learn more about the brain (and its connection to the body), more and more individuals are seeking alternative or supplemental treatment options for neurological and brain-based conditions. If you’re interested in trying a Denver hyperbaric chamber to heal your brain, you’ve come to the right place.

What is a hyperbaric chamber?

A hyperbaric chamber is a pressurized space in which you breathe 100%, pure oxygen to promote your body’s innate ability to heal. This modality is often referred to as hyperbaric oxygen therapy, or HBOT, for short.

In the pressurized chamber, oxygen is delivered at a rapid rate throughout the body and absorbed into tissue, plasma, and major organs.

When oxygen-rich blood reaches injured or inflamed tissue, it stimulates the production of new stem cells at twice the normal rate, which allows your body to regenerate itself from the inside out.

What does hyperbaric oxygen therapy treat?

HBOT is a completely painless, non-invasive, FDA-approved treatment for thirteen different disorders and conditions. It also has a long list of success stories that go far beyond just the disorders the FDA has approved it for.

How oxygen heals the brain

Though HBOT is most widely known for aiding in wound healing and treating decompression sickness, it also benefits the brain in many other ways. Here are just a few examples.

Adequate circulation in the brain is vital for maintaining mental health and helping your brain heal if you’ve sustained a concussion or TBI. Before and after imaging of individuals who have undergone hyperbaric oxygen therapy show remarkable improvement in blood flow to the brain.

Sustaining a brain injury can be devastating. The dysfunction that occurs in your brain can lead to a number of difficult-to-deal-with symptoms and conditions. Even a concussion can make it difficult to complete daily tasks and manage your mood.

Often, brain injuries lead to swelling that can result in damaged blood vessels, which make it difficult for your body to heal. That’s why the road to recovery is often so long and challenging for people with traumatic brain injuries.

However, studies have suggested that HBOT is highly effective at treating wounds that wouldn’t otherwise heal due to poor circulation. HBOT can also reduce swelling, bruising, inflammation, and chances of infection in the brain.

And last, but certainly not least, hyperbaric oxygen therapy has also been shown to reawaken dormant neurons around the injured tissue of the brain that are alive but not functioning the way they should.

Where to find a Denver hyperbaric chamber

If you’re interested in trying a Denver hyperbaric chamber, reach out to us today at McWhorter CNR. Focused on neurological rehabilitation, we offer a number of treatment modalities that treat the problem at the source, rather than prescribing medication that will only mask the symptoms.

Contact us today to set up your free HBOT consultation.

More in this category: « Denver Neurofeedback: A Drug-Free Way to Improve Mental Heath 6 Benefits of Seeing a Centennial Chiropractor »
back to top

McWhorter CNR does not take insurance but will provide documentation for patients to provide to their insurance company.