We are open! In order to ensure the health and safety of our patients, masks are required, your temperature will be checked when arriving and leaving, please call from the parking lot before entering.
We are also offering remote Tele-Health consultations to provide the best care we can during these challenging times. 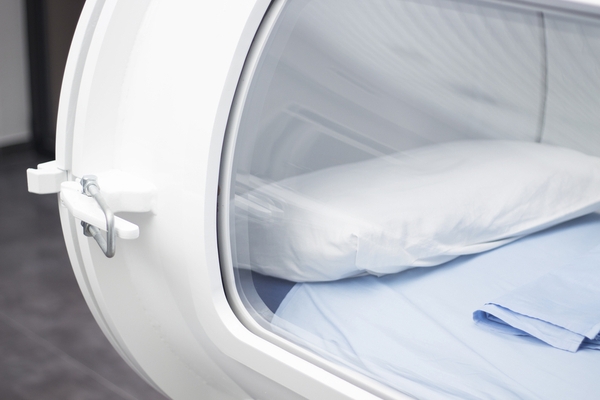 Hyperbaric oxygen therapy (HBOT) is becoming an increasingly popular treatment option for a wide variety of conditions—and it’s no wonder why. From fighting bacteria to growing stem cells, spending time in one of these pressurized chambers has a long list of health benefits. If you’re interested in Denver hyperbaric oxygen therapy services, but you’re not sure exactly how it works, we’ve developed a complete treatment overview.

What is hyperbaric oxygen therapy?

Hyperbaric oxygen therapy is a medical treatment that involves breathing in pure oxygen in a pressurized space. During a therapy session, the amount of oxygen in an individual’s bloodstream increases significantly. When this happens, oxygen molecules are rapidly delivered and absorbed into plasma, tissue, and major organs throughout the body.

As the oxygen reaches your damaged tissues, it stimulates the release of new stem cells so the body can begin regenerating itself. In doing so, HBOT can aid in the treatment of wounds and other physical conditions that otherwise can’t heal due to poor circulation.

What can HBOT help treat?

HBOT can help treat a wide variety of symptoms and conditions. The FDA has approved hyperbaric oxygen therapy as a treatment for 13 conditions, but there is significant research suggesting it’s successful in treating many more.

The FDA has approved hyperbaric oxygen therapy for the following conditions:

How does hyperbaric oxygen therapy work?

Hyperbaric oxygen therapy involves breathing 100%, pure oxygen while inside of a hyperbaric chamber that is pressurized higher than sea level. In fact, inside the chamber, the ambient pressure is three times higher than that of the air we normally breathe, which is only 21% oxygen.

During hyperbaric oxygen therapy, the abundance of oxygen results in increased O2 molecule absorption deep within the body’s tissues. As the body absorbs more oxygen, it reaches places that were previously experiencing poor or blocked circulation. With newfound access to oxygen-rich blood, the body can begin to naturally heal itself.

The number of sessions you’ll need greatly depends on your symptoms or condition. During your session, you’ll lay in a chamber that looks similar to an MRI machine. The chamber will seal itself and begin filling with oxygen. You’ll continue to breathe as you normally would throughout the entirety of the treatment, which usually lasts an hour.

More in this category: « GyroStim: Effective Treatments For MDDS Neurofeedback in Denver, CO: A Drug-Free Way to Train Your Brain »
back to top